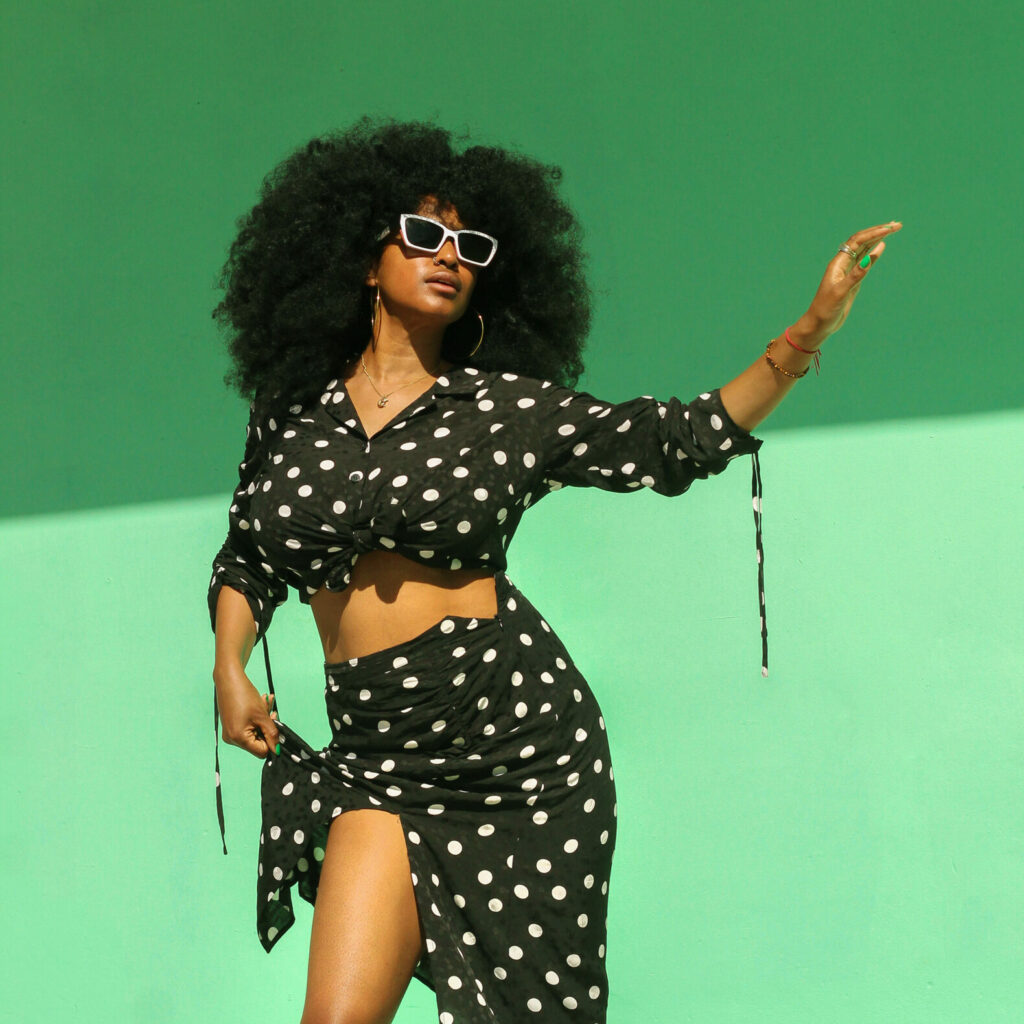 Growing up in Denmark, Iris Gold – as an Indian/Jamaican girl, always felt a little bit different. She had big dreams, and wanted to follow her passions, wherever they took her.

Always the non-conformist, young Iris decided to own up to her own expectations. With her heart set on an international career, she moved to London, where her parents initially met each other, before she was born.

As a songwriter, Iris had success from the beginning. She signed a major publishing deal with Warner Chappell Music in Los Angeles. Along with her current career as an active performer, writing songs for other artists is still a part of her bread and butter.

In 2015 her solo career finally started taking off. The single ‘Goldmine’ was released to a positive reception. Her unique sound quickly shined through. It was described by The Guardian as “deliciously summery and laid-back, at a time when most pop seems to want to make you have a heart attack”.

Goldmine was followed by ‘Color Trip’ which was endorsed by leading tastemakers including Zane Lowe on Beats1, Huw Stephens on BBC Radio 1, and went on the 1Xtra playlist following early support from Mistajam and DJ Target. In this period she also opened for huge acts like Blur, Taylor Swift and Miguel. This really inspired her and made her realize the focus it would take to became a great live performer.

In 2017 Iris Gold decided to go back to Copenhagen and start over again – finally working on her debut album, which would truly be her own. The songs are based on the many experiences she has had in the music industry, but also living in the very cosmopolitan city that is London – meeting people who defy conformity and prejudice like her. The result is a tribute to diversity and to staying true to yourself, no matter the cost.

Her debut album, ‘Planet Cool’ has provided Iris Gold with a new audience. Where all ethnicities, genders and all sexualities are invited to the same party. The title song “Planet Cool” is Iris’ idea of a perfect world, that she used to dream of as a kid who didn’t really fit in. “A place where Dolly Parton sings the news, you don’t need a visa to get in, and the sky is the roof”